Baramul Stud have bred some of Australia’s top line thoroughbreds.

Baramul Stud is constantly producing some of Australia’s richest horses.

Located in the in the heart of the beautiful Widden Valley.

Baramul Stud was founded in 1940 by Sydney solicitor Alf Ellison, or A.O. as he was often known.

It was developed on land known as Joe’s Paddock, that had previously produced some good early horses. Its founder had an interest in horticulture, as well as racing and breeding, and he produced prize-winning camellias.

Whilst visiting the Widden Valley, Ellison had discovered that the area was not only physically attractive but that it was good for the growing of pastures as well.

After purchasing the land, the Department of Agriculture tested the soil and it was found to have just the right ratio of calcium to phosphorus for grazing cattle as well as horses, and cattle.

Soon after its foundation Ellison bred Alister at Baramul. Alister went on to win the AJC and VRC Derbys and the Cox Plate.

From 1951, Star Kingdom, a sire owned by a partnership of Ellison, Stanley Wootton and Reg Moses brought great acclaim to Baramul.

In 1984 the stud was purchased by Sir Tristan Antico and is now owned by Gerry Harvey.

“She will be remembered as one of Australia’s best ever mares, recording an ATC Oaks victory by 10L when defeating Dear Demi, as well as recording eight Group 1 placings, beaten less than a half length on five of those occasions.”
– Chris Waller, Trainer 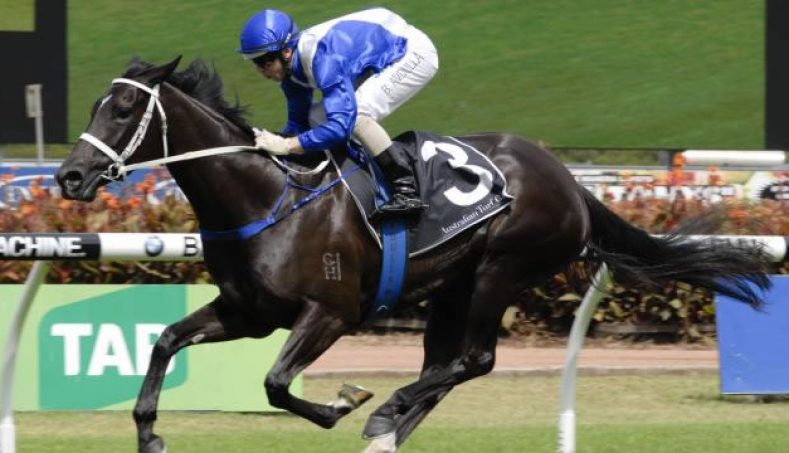 We were thrilled to announce that our star mare Libertini ran in James Harron Bloodstock slot in 2020 ATC The Everest.